When schedules are crucial 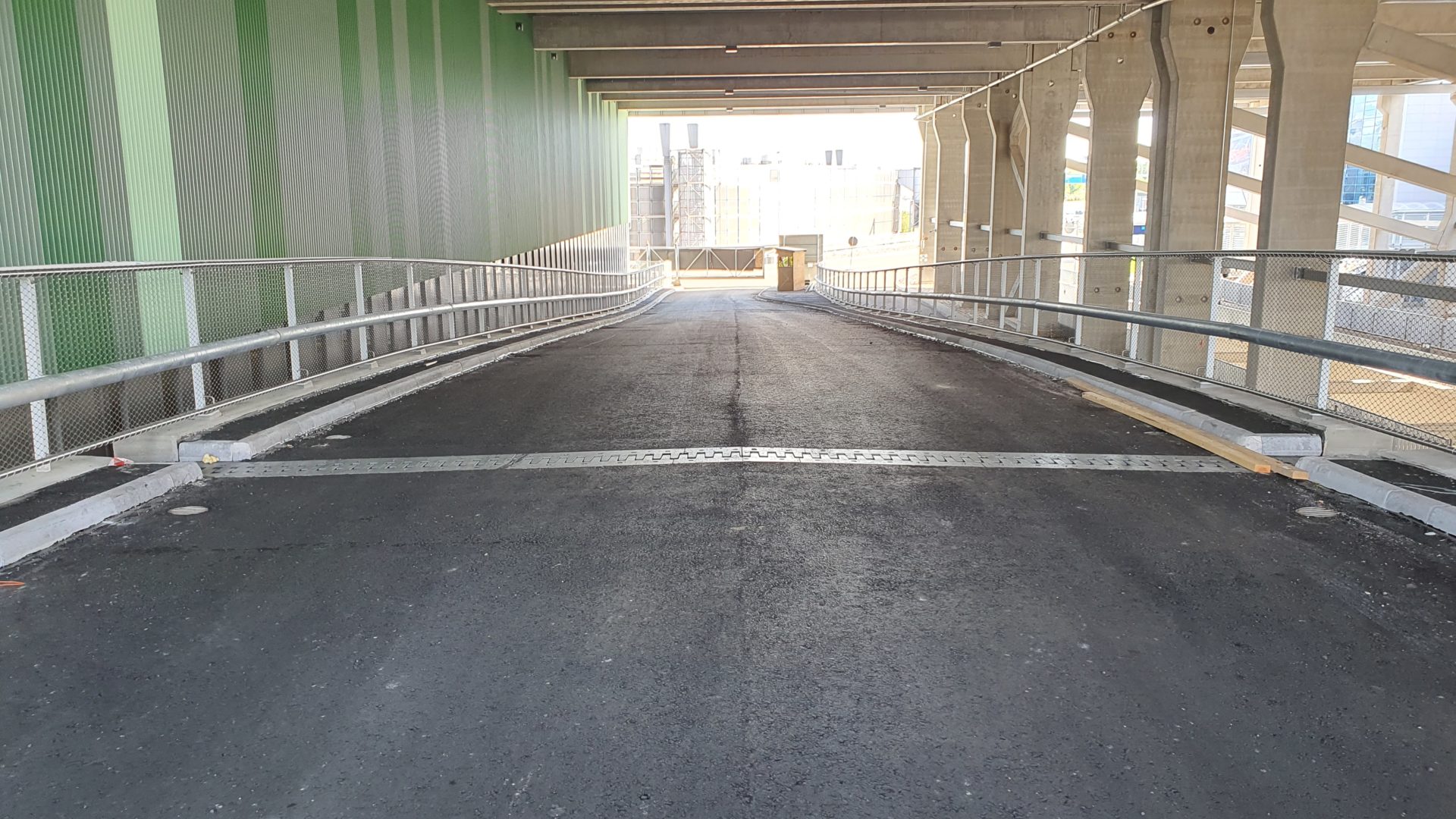 – When building a large complex near a busy airport, staying on schedule is more important than ever, says Teemu Kiiskinen, construction engineer at Kreate.

For the alliance project for the Terminal 2 at Helsinki-Vantaa airport, Kreate worked together with SRV to contract a new ramp in front of the terminal and yard decks for buses and taxis. The decks were 15 000 square metres in area.

Naulankanta supplied the expansion joints and bearings for the project.

– After the competitive tendering, Naulankanta was the most advantageous company, Kiiskinen says.

Price isn’t the only significant factor when it comes to projects with tight schedules. Material deliveries need to be quick, because the planning proceeded in time with the construction.

– Professionalism, speed and competitive pricing are important to us when choosing a partner. We’ve been pleased with the material deliveries and the tensioning contractors’ work, Kiiskinen says.

Even though some of the deliveries of bearings got delayed because of Covid-19 and resulted in a delay of a few weeks, we were able to catch up with the schedule in the end.

Construction next to a busy airport sets certain requirements for the project. The project has to be phased in a way that traffic to the airport runs smoothly throughout the entire project. The project also called for experience in exceptionally demanding rock engineering as well as contracting bridge and concrete structures.

– With tensioning work, it’s critical to coordinate the working stages together with other contractors, such as carpenters and steel fixers. The schedules are usually tight to make formwork cycling as efficient as possible, Kiiskinen says.

Kiiskinen thanks Naulankanta for their excellent work.

– Staying in touch was easy and we always knew, when the bearings and expansion joints critical for the project would be delivered. We were very pleased.